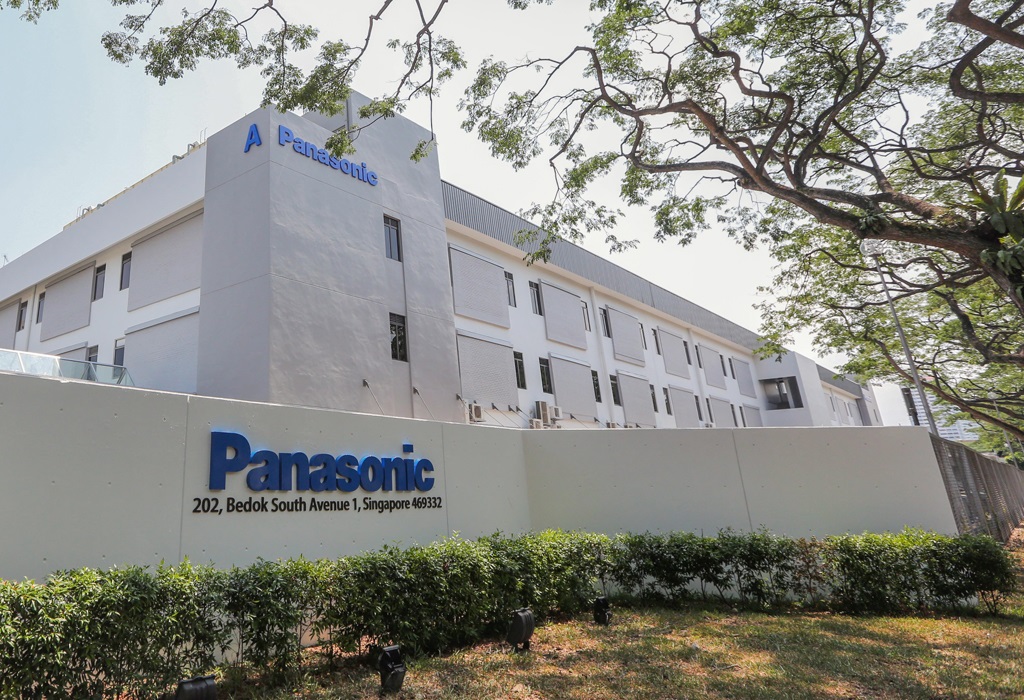 Under the leadership of its current Managing Director, Mr Yorihisa Shiokawa, Panasonic Asia Pacific has encapsulated its environment policy in its “eco ideas’ strategy or declaration, which aims to go beyond stakeholders’ expectations in all business activities and establish the company as the No. 1 Green Innovation Company in the electronics industry by 2018. Towards its own set target of achieving an 80% sales contribution ratio from eco products by March 2013 under its 2010 “eco ideas’ declaration, Panasonic Asia Pacific almost tripled the percentage of sales contributed by eco products from 24% in March 2009, to 70% in March 2012. The company also successfully reduced its CO2 emissions by 560,000 tonnes from usual levels by March 2012, and has set a 20% higher target of 600,000 tonnes of CO2 emissions reduction by March 2013.

Panasonic Asia Pacific’s outreach to the public is no less extensive, and the company has been committed to sponsor the Environment Champions Industry Module for five years in partnership with NEA since January 2010. The programme has provided primary and secondary school students the opportunity to learn about real-life environmental applications in a factory and how to apply eco ideas in their daily lives. On its own initiative, Panasonic Asia Pacific has also been organising Eco Roadshows since 2009 to raise public awareness on environmental issues and eco-friendly products, and since June 2010, extended this into a regional social media campaign.

Panasonic Asia Pacific is a fine example of how a private organisation can make preserving the environment central to all its business activities. 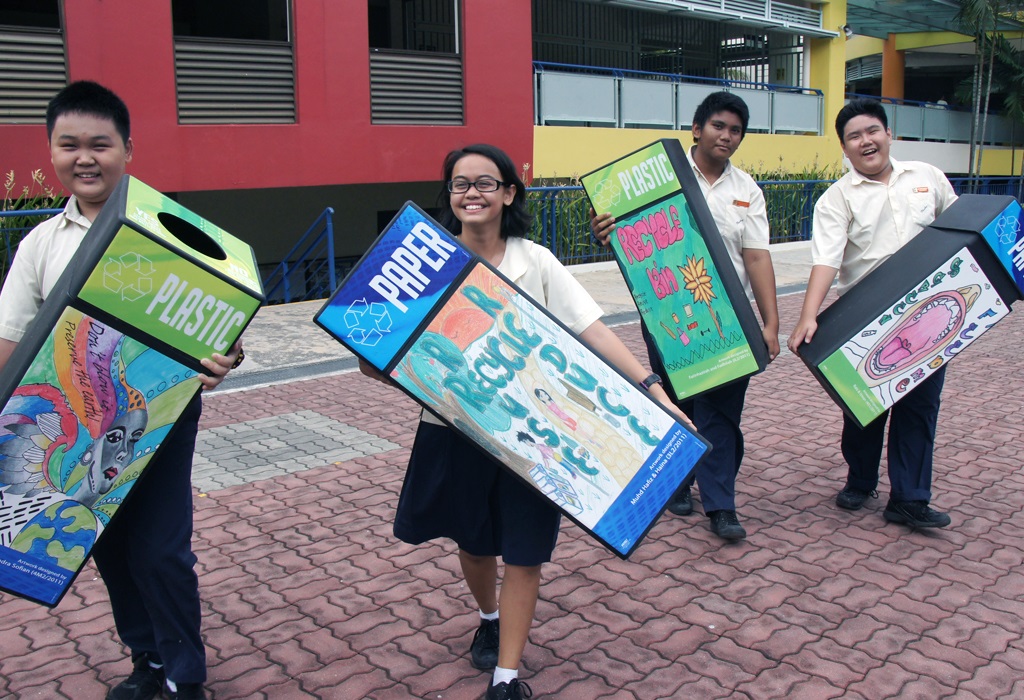 Ensuring practical and hands-on lessons for students in environmental issues

Marsiling Secondary School’s initiative in environment education was recognised when it was identified as a Cluster Centre of Excellence for Environment Education in 2007, and accorded the MOE Niche Programme in Environment Education in 2010. Its efforts at managing its own environmental impact, including the use of LED lighting, installation of light sensors, waterless urinals and a rainwater harvesting system, have led the school to consistently achieve the top level Lotus Award in the Singapore Environment Council’s Schools’ Green Audit Programme since 2006. After being awarded the Lotus Award three consecutive times, the school also received the Sustained Achievement Award from 2008 to 2010. Its former principal, Mr Loke Chee Pheng, received the EcoFriend Award in 2009 for his leadership in the school’s environmental initiatives. The school has been a certified Water Efficient Building since 2008 by PUB, and conferred the Watermark Award in 2010.

Strong emphasis on environment education is evident in Marsiling Secondary with the conceptualisation of the Environment Education Programme (EEP) framework in 2005, just five years after the school’s inception in 2000. The EEP framework ensures that the entire student cohort is exposed to environment education through the provision of environment modules focused on science and technology for lower secondary students, and projects and advanced elective modules jointly developed with polytechnics for the upper secondaries.

As part of its environmental outreach to the wider community, the school embarked on a recycling outreach programme to the community in 2010, and co-adopted Yishun Pond with Khoo Teck Puat Hospital in 2011. The environment education hub built by the school not only serves to educate its students, it also facilitates active sharing on green initiatives among cluster schools as well as those at the zonal and international level.

Marsiling Secondary School has established itself as an excellent model for other educational institutions through its leadership in environment education and continued dedication to go beyond the textbooks in ensuring practical and hands-on lessons for students in environmental issues. 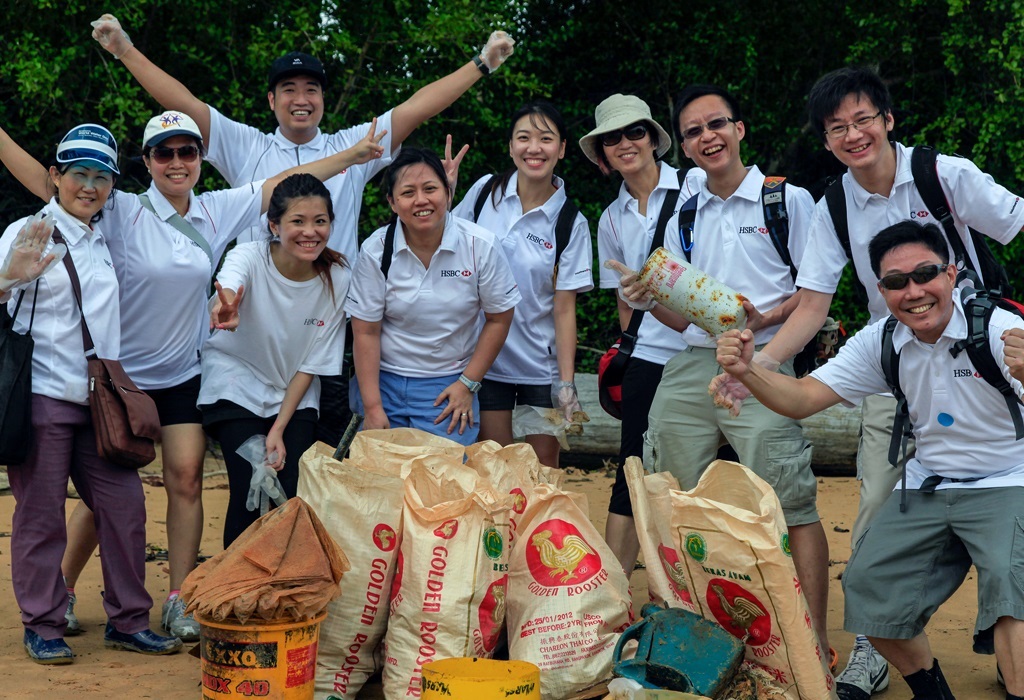 An established and consistent 20-year track record in environmental conservation distinguishes HSBC Singapore. The commitment and perseverance on display here is made all the more remarkable considering HSBC Singapore’s role as a service provider in the finance industry, whose business activities alone do not directly impact on the environment. This has not prevented HSBC Singapore from being a prominent member of Singapore’s environment scene. In fact, back in 2004, HSBC Singapore was presented with the inaugural Singapore Green Plan 2012 Award by the National Environment Agency in recognition of the bank’s contribution to environmental protection and sustainability in Singapore.

HSBC Singapore’s longstanding commitment towards environmental conservation and education dates as far back as 1989, when the Care-for-Nature programme was launched as a platform for the bank’s environmental initiatives. Under the programme, HSBC Singapore supported various projects including the adoptions of Chek Jawa and the Treetop Walk, and funding of the Heritage Trees Scheme as well as conservation and research activities on Pulau Semakau.

At the heart of HSBC Singapore’s many conservation and education initiatives is its core group of Green Volunteers, who are trained as nature guides to lead reforestation and conservation projects at areas such as Chek Jawa, the HSBC TreeTop Walk and Sungei Buloh Wetland Reserve. Through their active participation in such projects, these volunteers serve as green ambassadors in raising environmental awareness and embodying dedicated action.

A strong believer in promoting environmental conservation through education, HSBC Singapore partnered with the National Youth Achievement Award (NYAA) Council in establishing the HSBC/NYAA Youth Environmental Award in 1998 to recognise the outstanding efforts of youth leaders in environmental protection and nature conservation. HSBC has also worked with the Earthwatch Institute since 2004 to give award recipients and Green Volunteers the chance to participate in annual Environmental Study Trips with scientists from the organisation.

HSBC Singapore’s commitment to the green cause extends beyond support for environment-focused initiatives to its own business practices. Within the office environment, HSBC’s measures to manage environmental impact encompass the conservation of energy and water as well as waste and paper reduction.

A forerunner in initiating long-term environmental programmes that have benefited the community, HSBC Singapore serves as a good testament that financial institutions can make a tangible difference in protecting our environment.