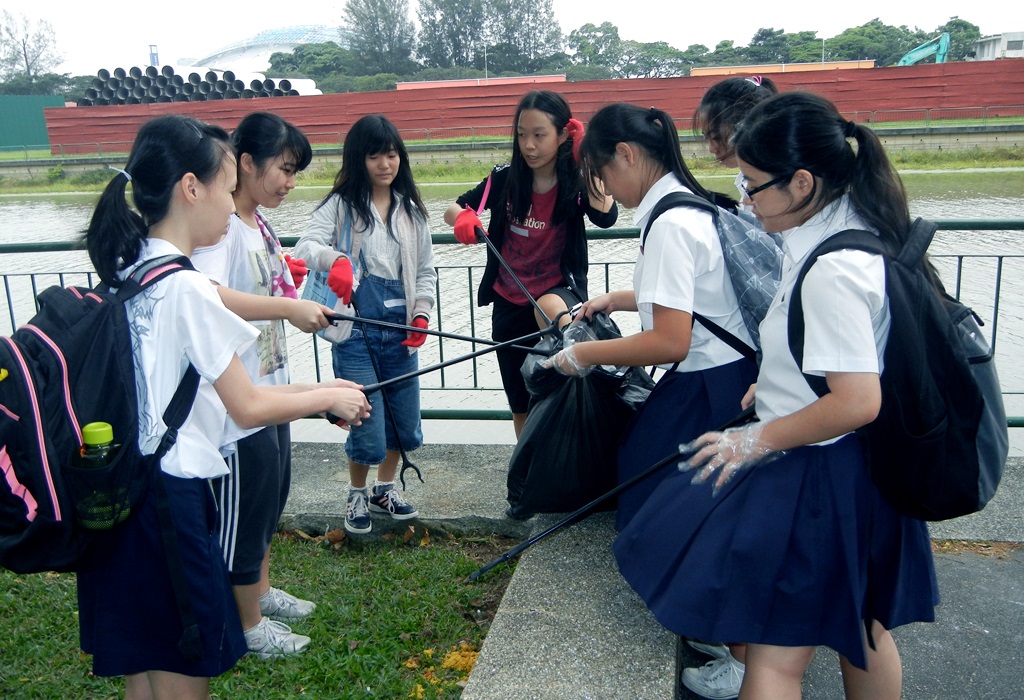 Dunman High School can be described as a veteran advocate of the environmental cause, with its sustained and tireless commitments.

Dunman High School is recognised for its sustained and tireless commitment to the environmental cause and demonstrating consistent efforts in reaching out to the community on environmental messages. Dunman High School can be described as a veteran advocate of the environmental cause, with its sustained and tireless commitments. The schools bears the distinction of being named the first Friends of Water in 2006, in recognition of its efforts to protect water resources and promoting the water cause to its students. Over the last six years, Dunman High School has broadened its scope beyond water issues to cover recycling and waste minimisation, nature preservation and public cleanliness.

The school launched the Dunman High Water Education Programme in 2008 to educate the students on water related issues, as well as its vital importance in our environment and our lives. The programme encourages students to form creative solutions to the challenges of water issues and also to be good stewards of our water resources. Integrating the value of water conservation into the curriculum, the programme also promotes bonding with water through the water activities organised.

Regular recycling drives are conducted for all in the schools since 2008 and a recycling installation was put up at the school field to promote recycling of water bottles. The school also initiated the Community in Bloom project in 2011 to enhance the aesthetic value of the school premises and utilised it as a platform to engage students for their outdoor lessons and gardening activities.

Students of Dunman High School have also consistently reached out to the community to spread environmental messages such as anti-littering, nature preservation, resource conservation and toilet cleanliness. In 2011, the school worked with the Housing & Development Board to be “Heartland Ambassadors” and went out to engage residents on energy and water conservation, anti-littering and dengue prevention. As part of the recycling outreach programme, students collect recyclables at around the Kampong Arang and Mountbatten areas.

A past recipient of the Watermark and EcoFriend Awards in 2007, 2009 and 2010, Dunman High School has demonstrated consistent efforts in contributing towards Singapore’s environment and water sustainability. A leader amongst schools, Dunman High School truly deserves to be awarded the President’s Award for the Environment 2013. 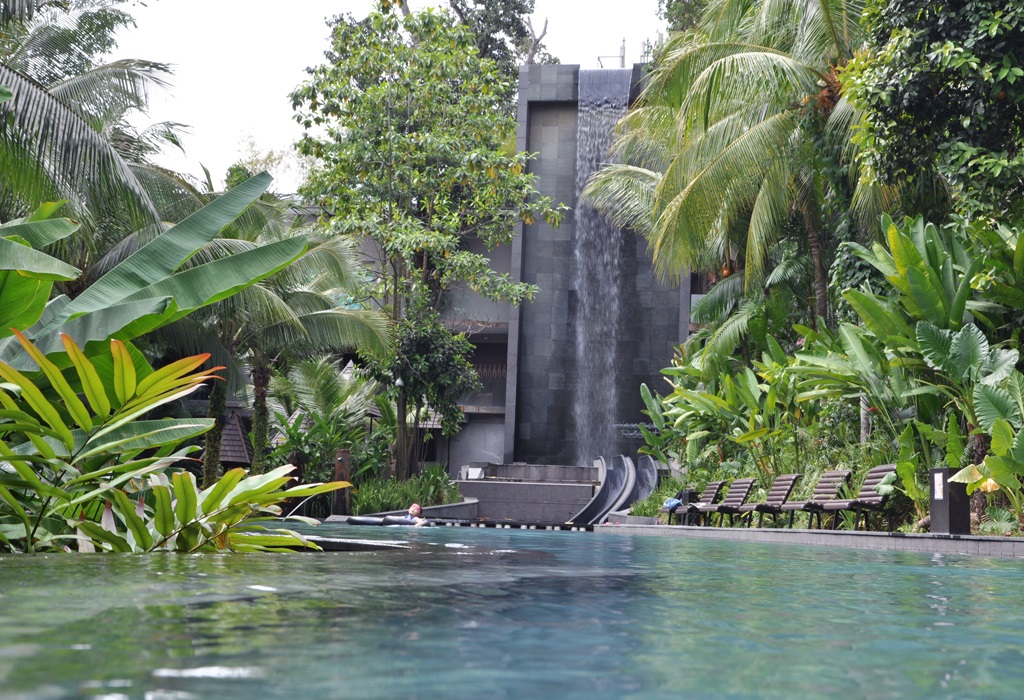 Siloso Beach Resort is a true exemplary of a corporate entity which places environmental sustainability as a core tenet of its operating philosophy and uses it to drive every business decision.

Siloso Beach Resort was conceived and designed with environmental preservation in mind. Built as an eco-resort at the onset, Siloso Beach Resort was conceptualized in 2003 with the flora and fauna, and all natural habitats in its surrounding area preserved. Unconventional construction techniques were used to build over 200 hotel rooms while preserving over 200 fully grown trees and planting another 450 trees post construction. At the resort, the trees are literally integrated with the building structure.

Beyond preserving the flora coverage and biodiversity, the resort was constructed in a way that maximises natural lighting through an open concept that also allows freedom in movement of birds and insects through the resort premises. It enhances natural cooling by featuring an all natural spring water landscape pool. The resort also makes use of a very significant amount of re-used materials in the built structure, and taps on rainwater harvesting and purification extensively.

The resort has embarked on other green initiatives such as the growing of a roof top garden. Vegetables are produced organically at the garden using a composting system that is managed on site. Part of the produce from the garden is served at the resort’s restaurant which prioritises purchase of food from local and regional food sources to reduce carbon footprint.

Siloso Beach Resort has also been running a very active corporate social responsibility (CSR) programme which speaks of a high level of commitment to outreach on sustainable initiatives. Some of the CSR programmes include the “biodiversity.sg” website which it developed and promotes in collaboration with various organisations including Conservation International, Singapore Environment Council, World Wide Fund for Nature, and the National University of Singapore; and providing complimentary specialised eco-tours to resort guests, schools, and walk-in visitors.

A leader amongst corporate entities, Siloso Beach Resort truly deserves to be the first ‘hotel’ to be awarded the President’s Award for the Environment 2013. 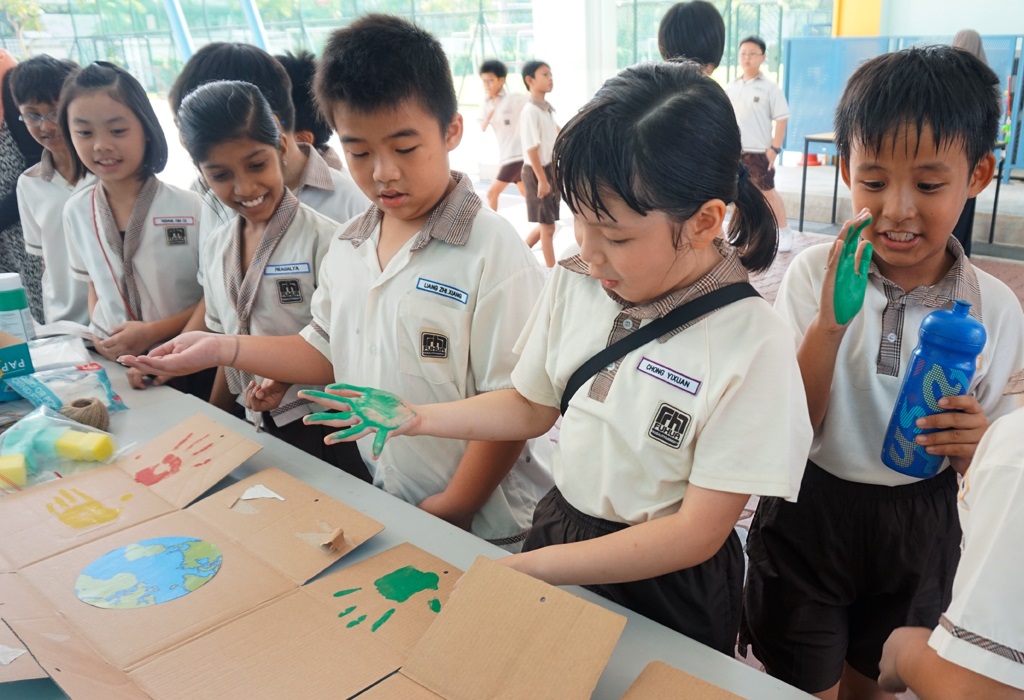 Fuhua Primary School is widely recognised for its sustained passion and dedication to environmental education. The school operates a wide spectrum of well-structured and comprehensive environment-related programmes for staff and students alike. Environmental messages, which promote water conservation, waste minimisation and biodiversity preservation, are well-infused into the school curriculum, and communicated in a lively way to the students. Through the annual “No Cleaners Week”, the students are inculcated a sense of responsibility towards the cleanliness of the school premises.

Fuhua employs the ACE (Ambassadors, Champions and Enthusiasts) framework to nurture the children into strong environmental advocates. All students will start out as environmental ‘Enthusiasts’ where they are actively engaged in broad-based environmental activities, before growing to become environmental ‘Champions’ where they take up active roles in the Green Clubs or as Community Involvement Programme (CIP) leaders. Finally, they will blossom to be environmental ‘Ambassadors’ who are passionately involved in outreach activities beyond the school at the zonal and national levels. Every year, students travel overseas for an eco-trail and to visit an Eco school to learn about the school’s efforts in environment conservation as well as to share Fuhua’s environmental education initiatives and achievements.

The school actively collaborates with other organisations in providing experiential learning for the students while at the same time giving them the platform to reach out to the larger community. Its partners include agencies from the public and private sectors such as NEA, PUB, Senoko Energy Pte Ltd and Canon Singapore Pte Ltd.

Fuhua was actively involved in environmental partnership projects such as the annual National Primary School Photography Competition, ‘Nature Through our Lens’. With the aim of heightening student’s awareness and appreciation for nature, the event ran for the third time this year and had attracted increasing rate of participation amongst the schools islandwide.

A leader of the class amongst the primary schools, Fuhua Primary School truly deserves to be the first primary school to be awarded the President’s Award for the Environment 2013.